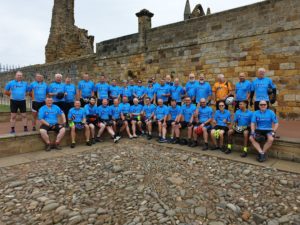 The sun has now set on the third annual sponsored cycle ride organised in aid of the Durham 2021 Festival.

This year saw our team of 34 riders, ably supported by 6 support drivers, take on The Three Province Pedal. A 180 mile ride, from Leeds to Hartlepool via York, Beverley, Scarborough and Whitby, with the small matter of two days of climbs onto the North Yorkshire Moors along the way.

Friday morning saw our  Assistant Provincial Grand Master Michael Graham wave the riders off from Durham services as they journeyed on to their starting point at Leeds, and on arrival the Provincial Grand Master, John Arthur, was ready and waiting  to set off the team from the Provincial Office of the Province of Yorkshire West Riding. The team then climbed steadily away from Leeds towards Tadcaster and then on, largely without incident, to their first welcome lunch stop at Duncombe Place Masonic Hall in York.

After a lunch and a presentation to a representative from the building of one of our ride shields, the team set off along small country roads towards their first evenings accommodation in Beverley. Whilst the route was relatively flat. there were a couple of hairy moments, where members of our team were nearly taken out by mad tractor drivers and a low loader. Thankfully, however, they made it to Beverley relatively unscathed.

After rehydrating and a lovely meal, our team members had a relatively early night in preparation for the next days ride.

8.30am saw the team setting off on route to Hunmanby. The morning’s ride was largely flat, although there were a couple of testing climbs near the end.

After a lunch provided by our very own Paul Quinn, ably assisted by his sous chef, Harry Prince, the weather began to close in, and after donning their waterproofs the team were off towards Scarborough.

A quick diversion to Scarborough Masonic Hall saw our team meeting up with the Provincial Grand Master for the Province of Yorkshire North and East Ridings, RWBro Jeff Gillyon, after they interrupted his festive board.

After a quick presentation, the team were back on their bikes and began what proved to be a tough 10 mile climb onto the moors via a strength sapping cinder track. The climb was followed by perhaps an even more terrifying 10 mile downhill over rough ground, which was really appreciated by those on the road bikes – not!

At the end of a warm and humid day, the team congregated at a very pleasant micro brewery adjacent to the overnight accommodation in Whitby, where they were met by our Deputy Provincial Grand Master, Stephen Walker, and his wife. The day had certainly taken its toll and a couple of our riders needed to be checked over by medics. Thankfully, though, there was no lasting damage, and food and a good nights rest were the prescribed treatments required.

The final morning of this year’s event was undoubtedly the toughest section of the 3 days, involving some steep climbing out of Whitby and up onto the top of the North Yorkshire Moors.  Eventually our team reached the summit and enjoyed a wonderful downhill ride to Guisborough Masonic Hall, where Zetland Lodge, their family, and their friends had put on a wonderful lunch for our weary group.

There had been a couple of injuries along the way, but the final afternoon saw the full team back on their bikes and heading for the finish line. Crossing the Tees via the Newport Bridge, returning to our Province, they made for The Headland at Hartlepool, where they were met by their family and friends.

After three days of arduous riding, the team congregated on the Pilot Pier and were delighted to announce to John Arthur, who was once again on hand to meet them, that their collective efforts had raised £25,000 for the Durham 2021 Festival in aid of the RMTGB/MCF.

Well done team, and many, many thanks, to all who supported them. 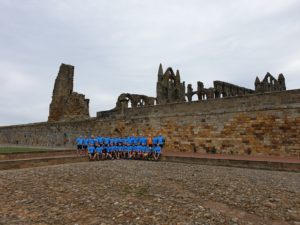 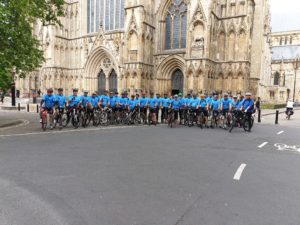 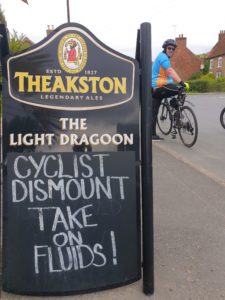 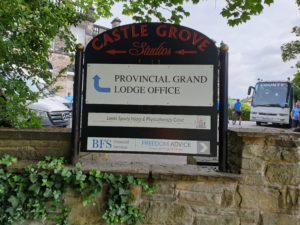 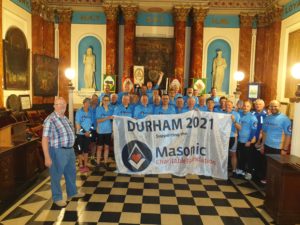 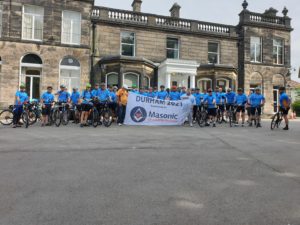 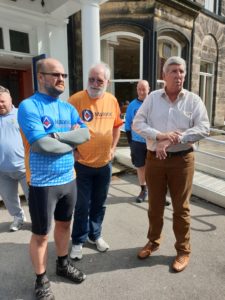 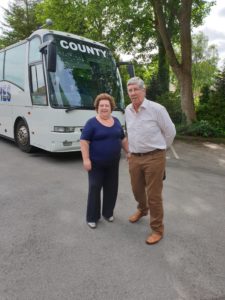