The dripping tap will eventually fill the bath!

As the Province of Durham gears up for the launch of their next Festival, starting in 2016 in aid of the Royal Masonic Trust for Boys and Girls it has been extremely encouraging that their ‘Continuous Giving’ has been an enormous success.

Provincial Grand Master for Durham, Norman Eric Heaviside has always been a champion of the Continuous Giving scheme and his now famous saying of “The dripping tap will eventually fill the bath” is known Province wide!

It was therefore with immense pride that Durham were able to invite President of the RMTGB, Mike Woodcock and Chief Executive Les Hutchinson to their Annual Promotions Meeting at Rainton Meadows Arena in November to present them with a cheque for £500,000.

The cheque was presented during the meeting after the PGM had delivered his Christmas Address and after receiving the donation Mike and Les took to the stage to thank the brethren for their fantastic generosity, explain in more depth about the fabulous work the RMTGB carries out and deliver a small talk on the history of Masonic Charity. Mike ended with the famous quote “No man stands as tall as when he is kneels to help a child” and the 500 brethren present showed their appreciation with a rapturous applause.

With over 12 months until Durham officially enters Festival the brethren of the Province have given themselves every chance of making a huge difference to this most worthy cause, may the dripping tap continue till that bath overflows!

After the meeting, Festival Director for Durham, John Paul Thompson, was clearly delighted at the presentation

“Charity is an important part of what being a Freemason is all about and to be able to play a part in supporting such a worthy cause is extremely rewarding to all of the members of our Province who have donated so far”. 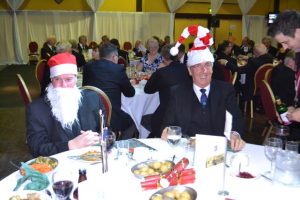 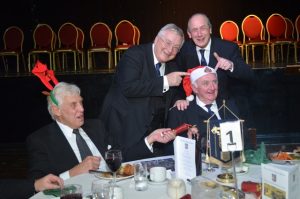 The Royal Masonic Trust for Girls and Boys (RMTGB) is a charity funded by Freemasons which aims to relieve poverty and advance education for children and young people.

In addition to their main grant-making work, they also support young people with exceptional talents and those who need financial assistance in order to embrace life-changing opportunities.

They award grants to both national and local children’s charities and provide support to a separate but subsidiary charity Lifelites.