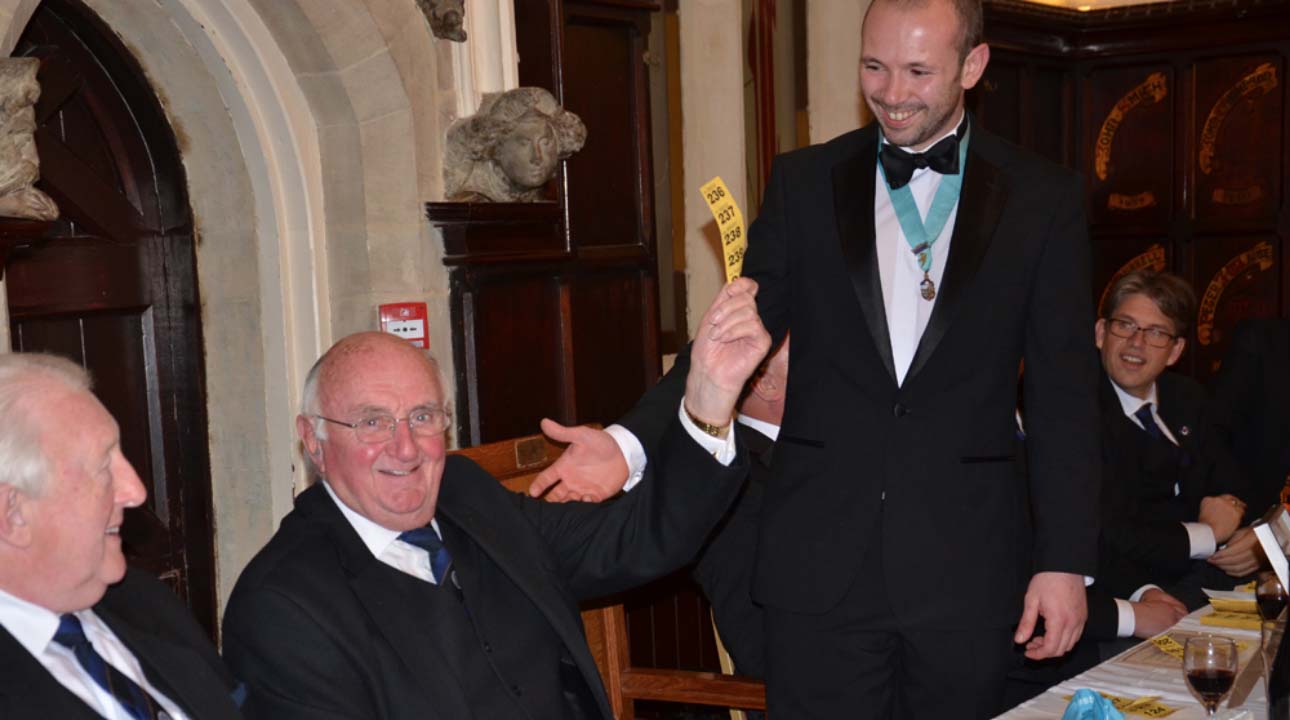 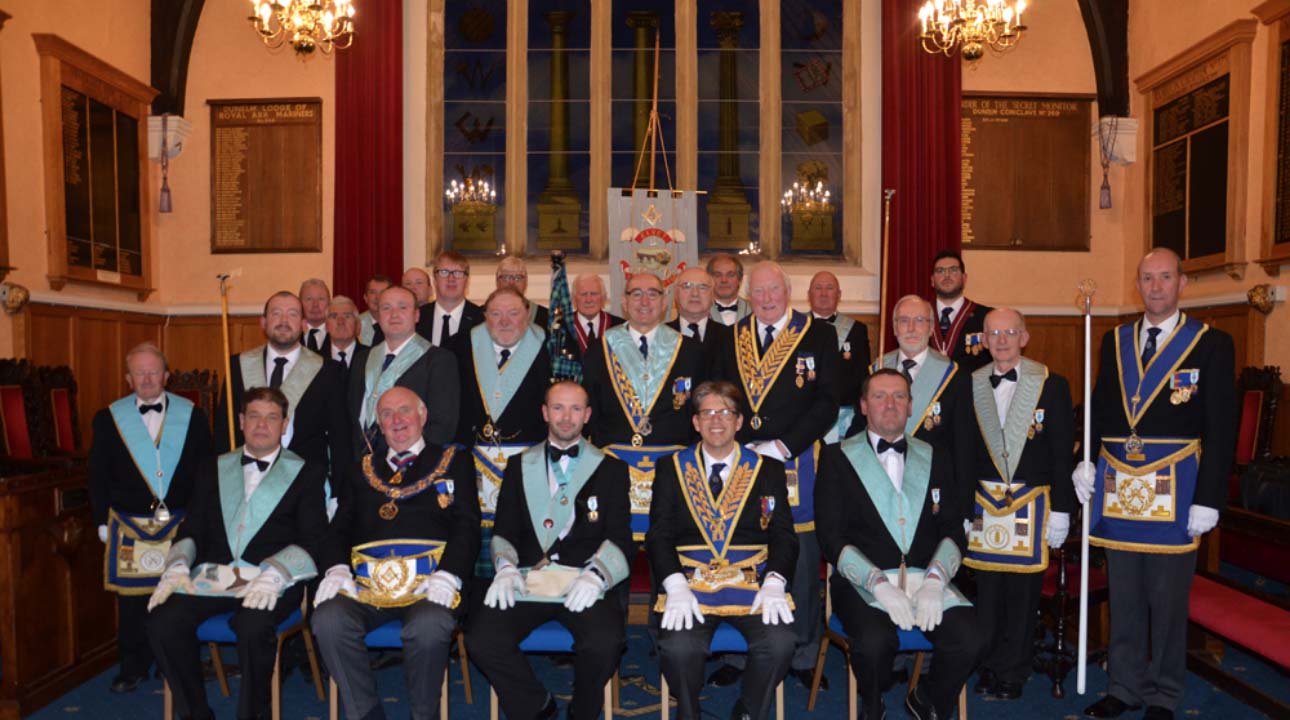 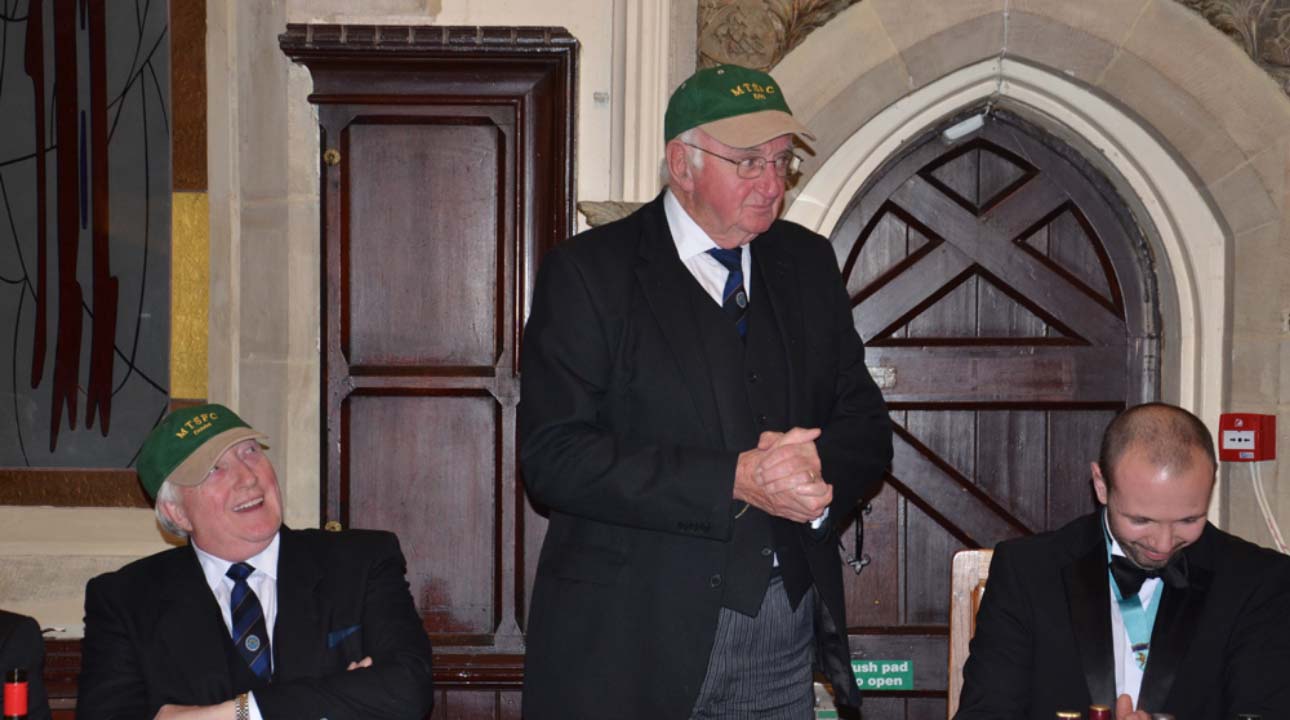 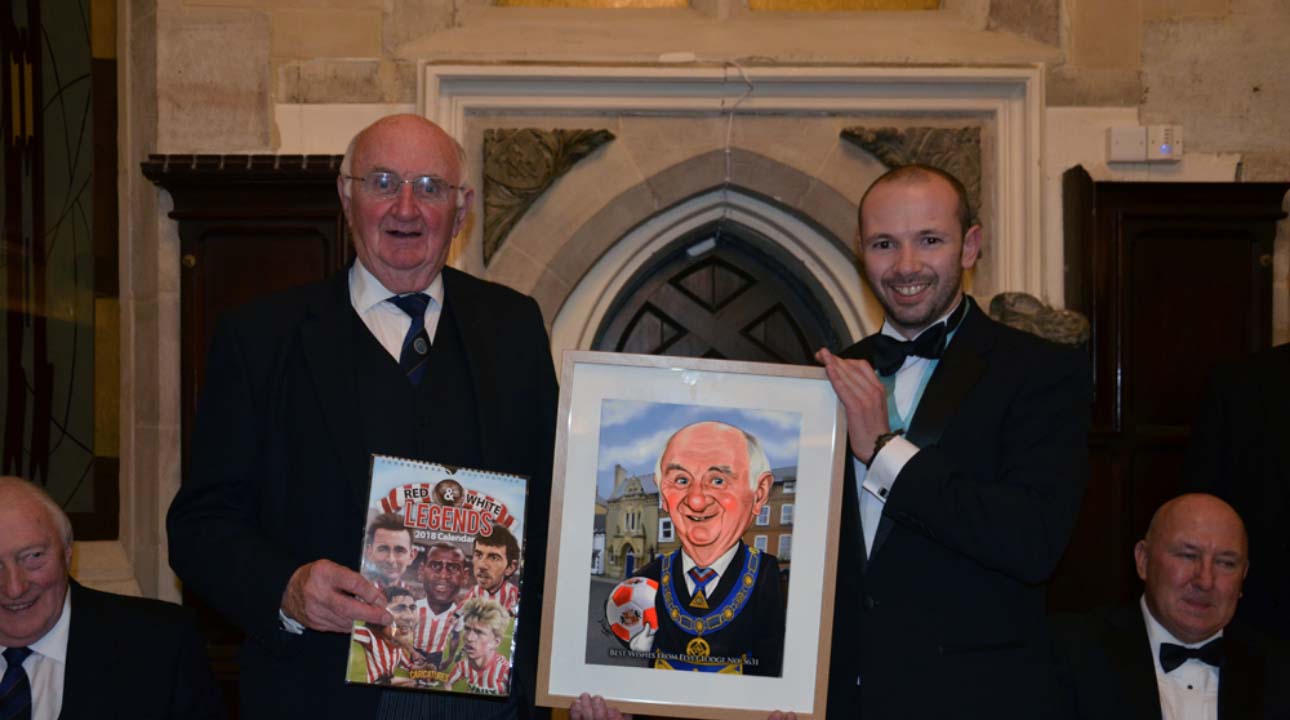 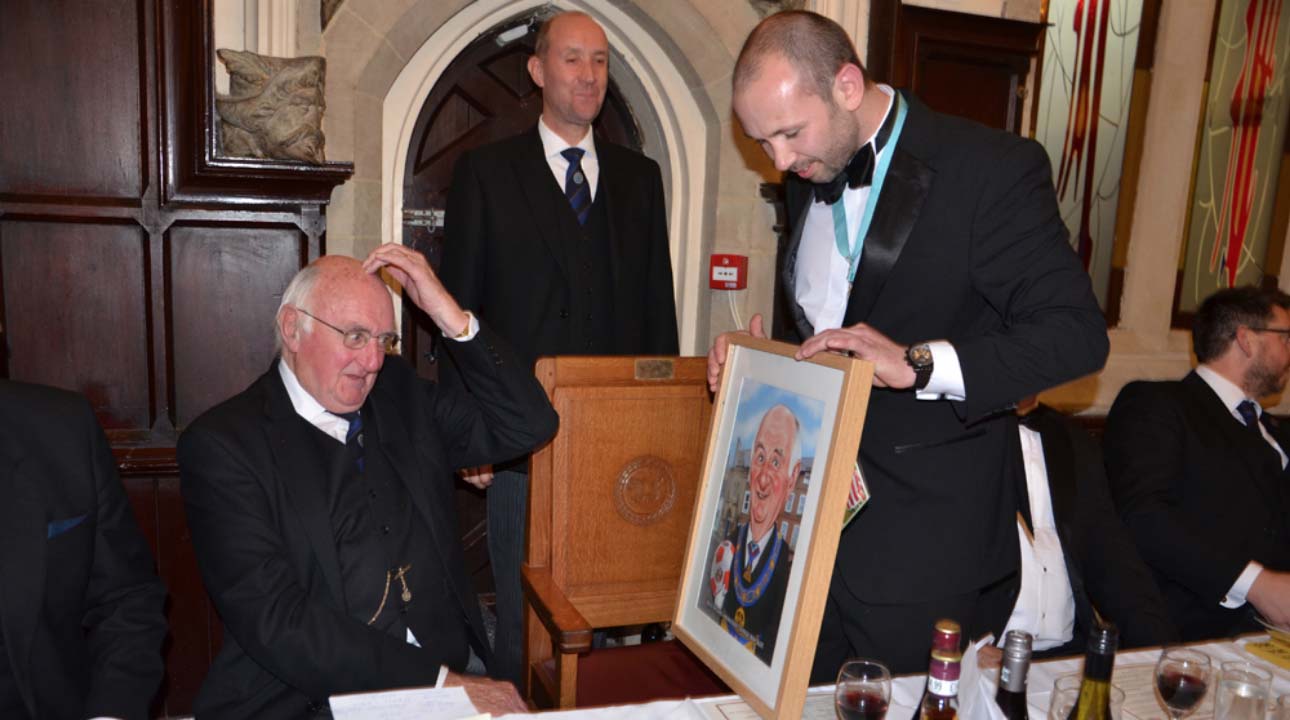 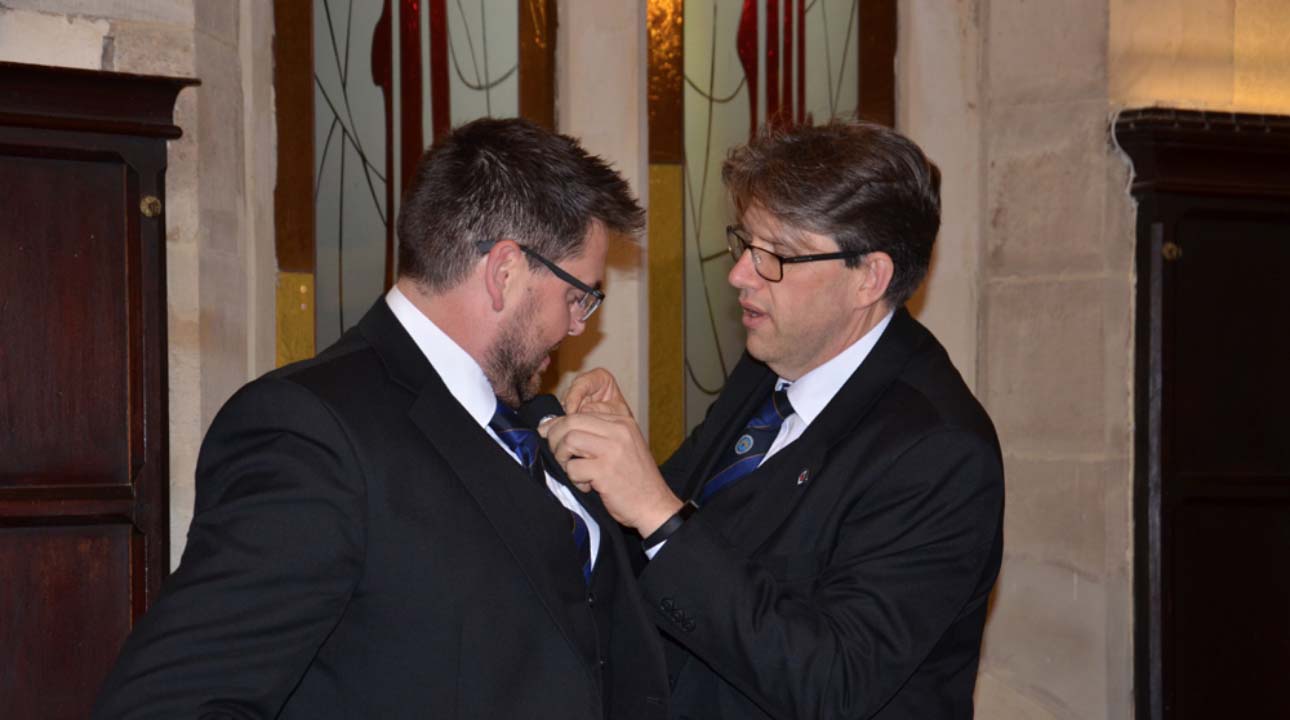 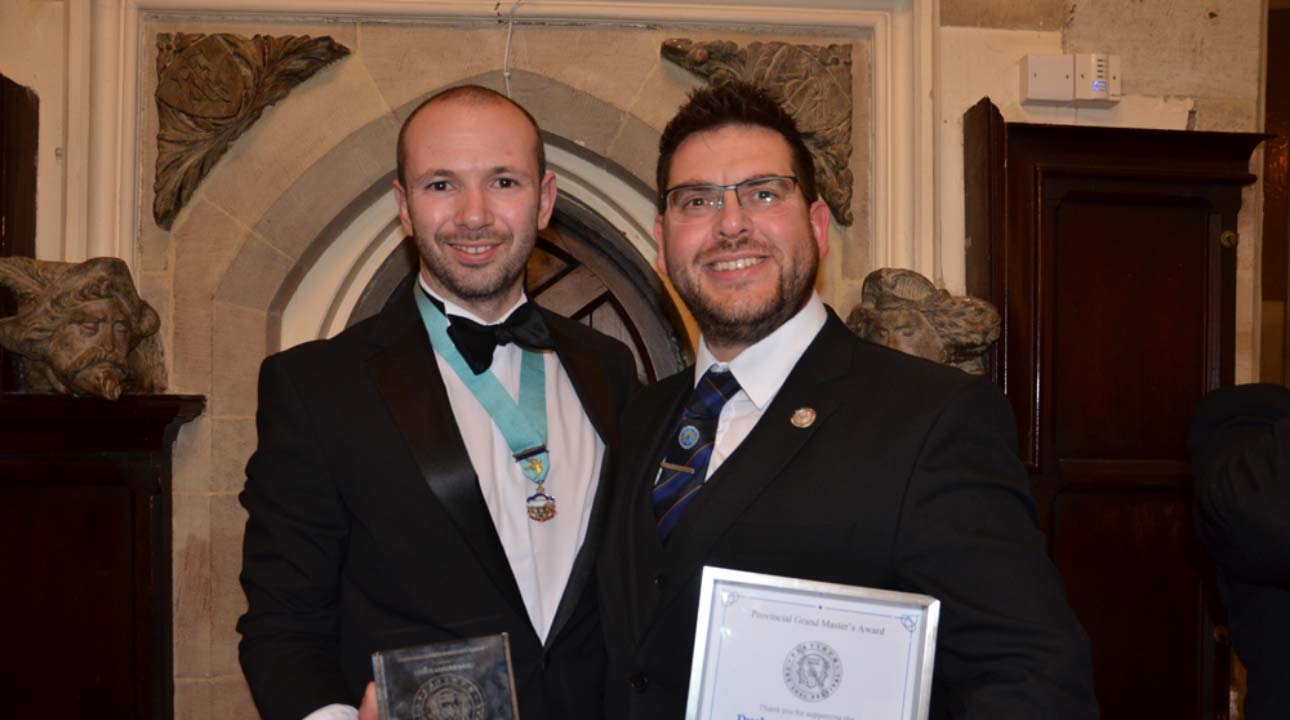 The Provincial Grand Master, Norman Eric Heaviside along with the Festival Director, John Thompson made a formal visit to Durham Masonic Hall for to present Elvet Lodge with their Platinum Award.

Once the lodge had duly opened by their young Master, Michael Snowball, Eric was then ‘piped’ into the lodge room by the unusual sound of bagpipes courtesy of Frank Bonner.

The first business of the evening was a presentation of a somewhat ‘special’ cheque, to Eric for the sum of £7500 which elevated the Lodge form Silver to Platinum, thus taking their total contribution to over £19,000, so far, towards the Durham 2021 Festival.

Richard Langton then gave a wonderful resume on the life of the recent deceased Gordon Ryan, a long standing member of the lodge. Richard, a retired solicitor, had been entrusted by Gordon, many years ago, to prepare his Will. Within this, Gordon wanted to bequest part of his estate to Masonic Charities and them to be directed by his own lodge as to where they were distributed. This, Richard explained, resulted in the magnificent cheque presented this evening, what’s more, leaving a lasting legacy from Gordon as in the lodge exceeding their Festival target well in advance.

At the festive board, before Eric’s response to his own toast, he was presented, to his surprise, a remarkable, life like, Caricature and Sunderland ‘legends’ Calendar. straight after that, he was also presented with all the proceeds of the raffle along with a £50 donation from the lodge funds, for the Masonic Fishing Charity.

Eric then replied, firstly putting on his ‘fishing’ cap to thank them, on behalf of the charity before congratulating Elvet lodge on a truly wonderful achievement on attaining their Platinum status.

John Thompson was then handed the reins, to present the Platinum badge to the lodge charity Steward, Ivan Lowther and give the Master, Michael Snowball, the prized certificate on attaining Platinum status.

The joviality continued throughout the rest of the festive board, culminating in Eric and the visiting grand lodge officer, David Grey winning the raffle. A great night and a very rewarding night for both Eric and Elvet lodge.