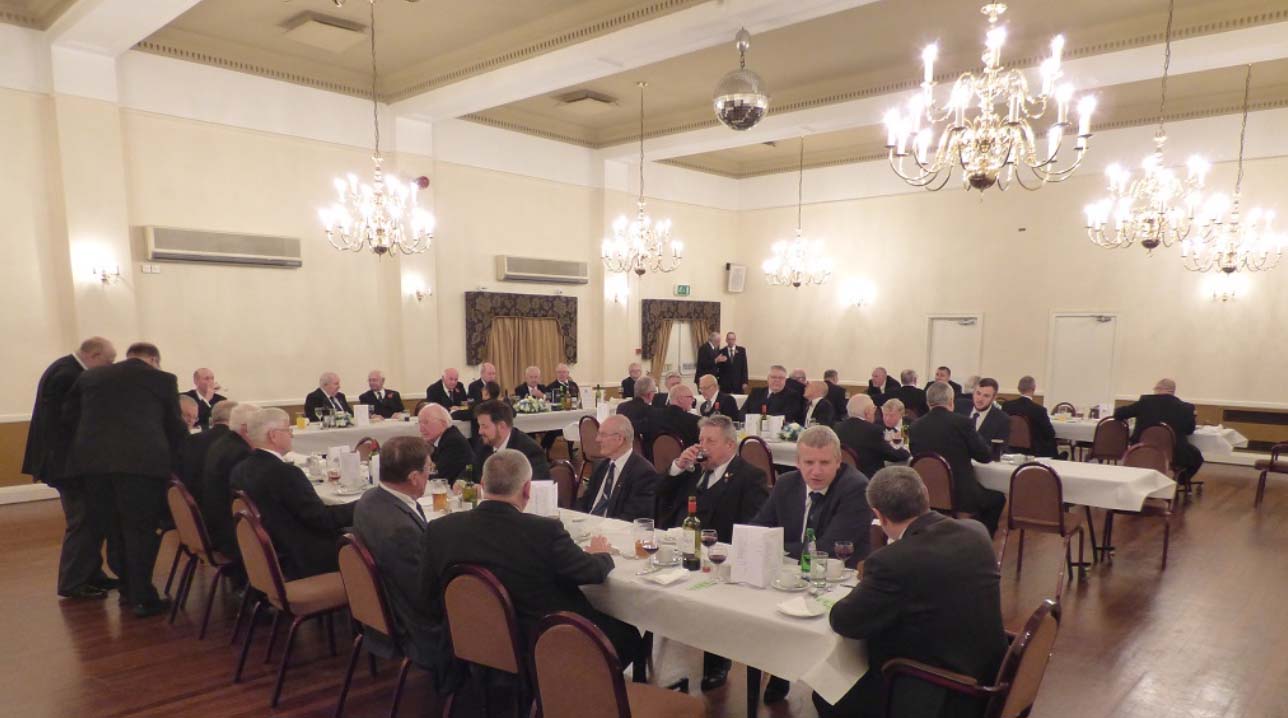 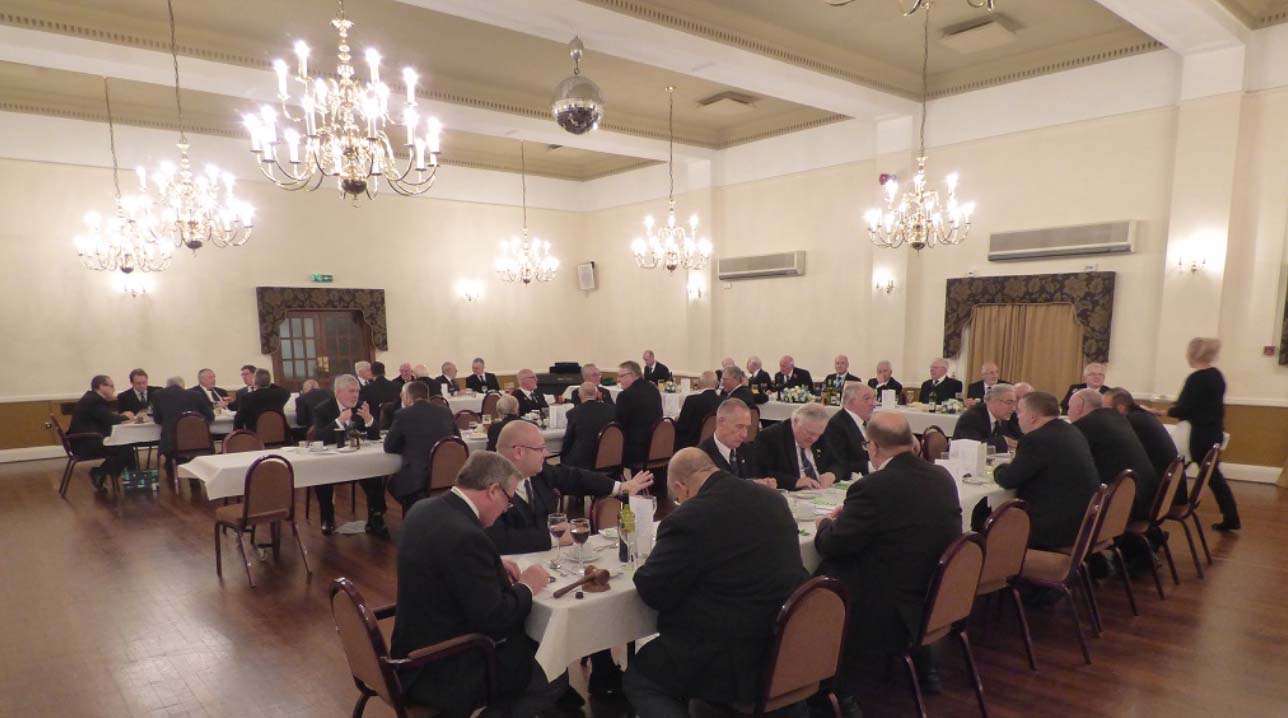 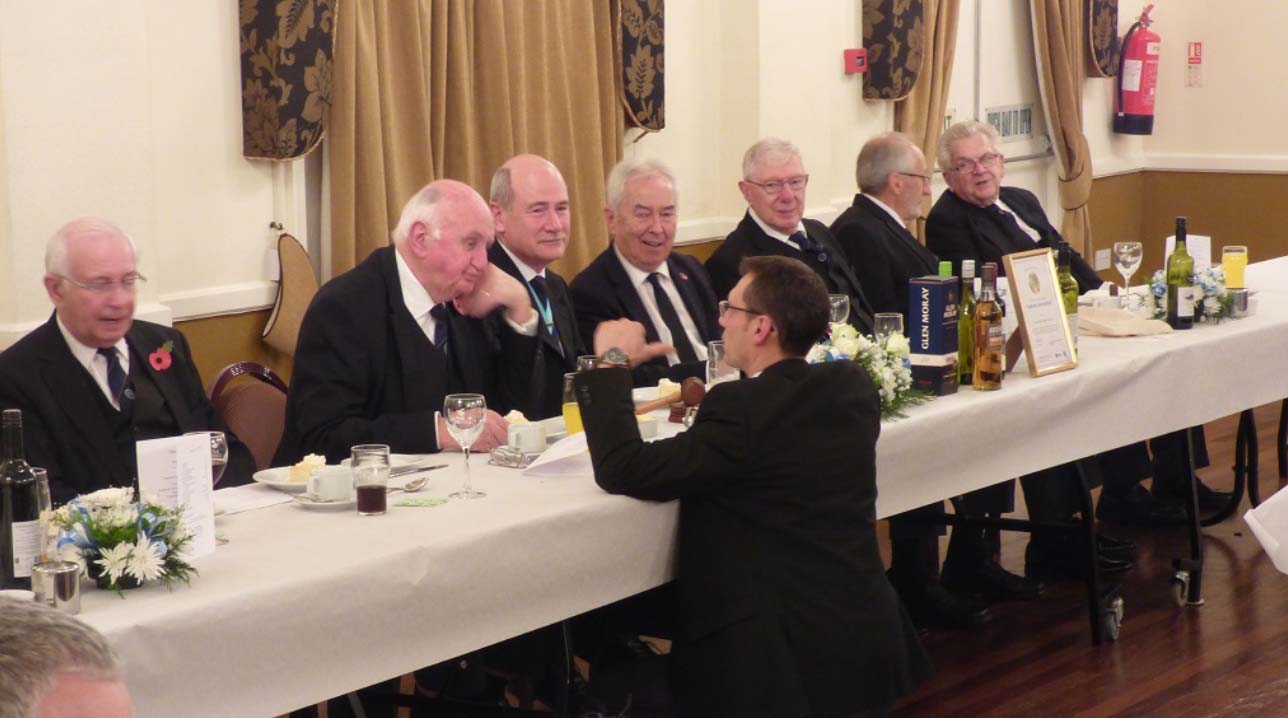 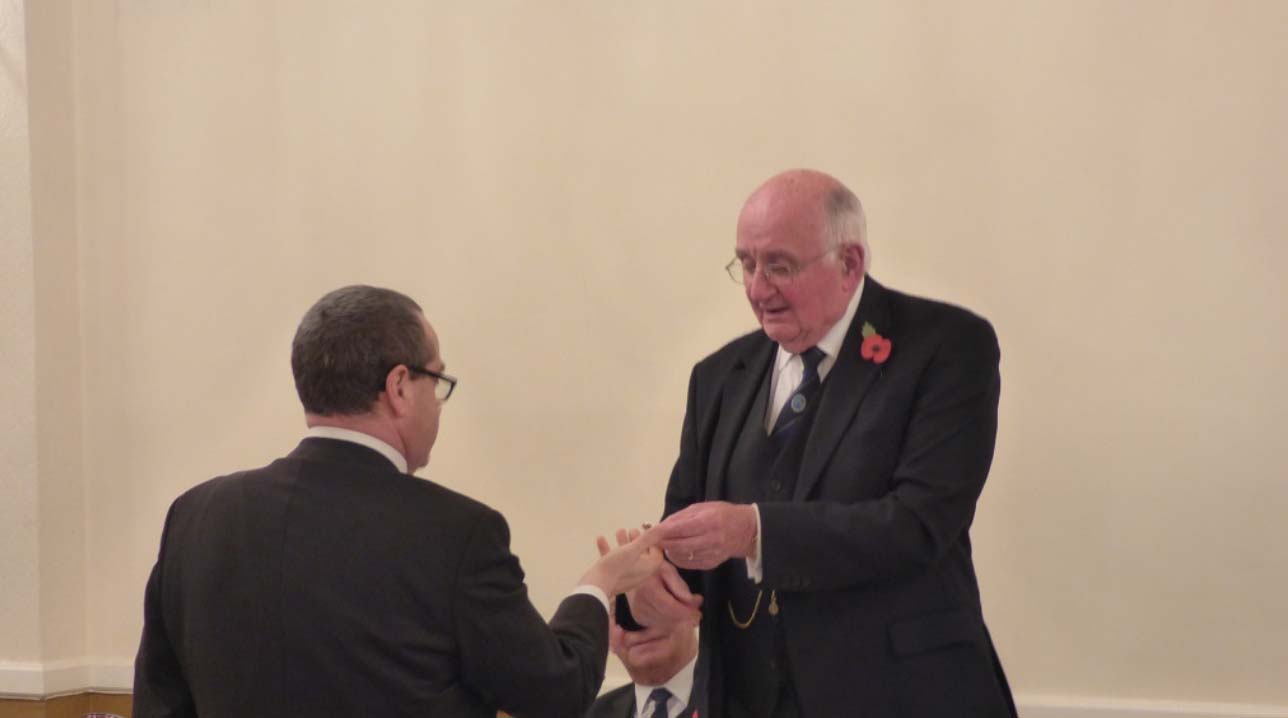 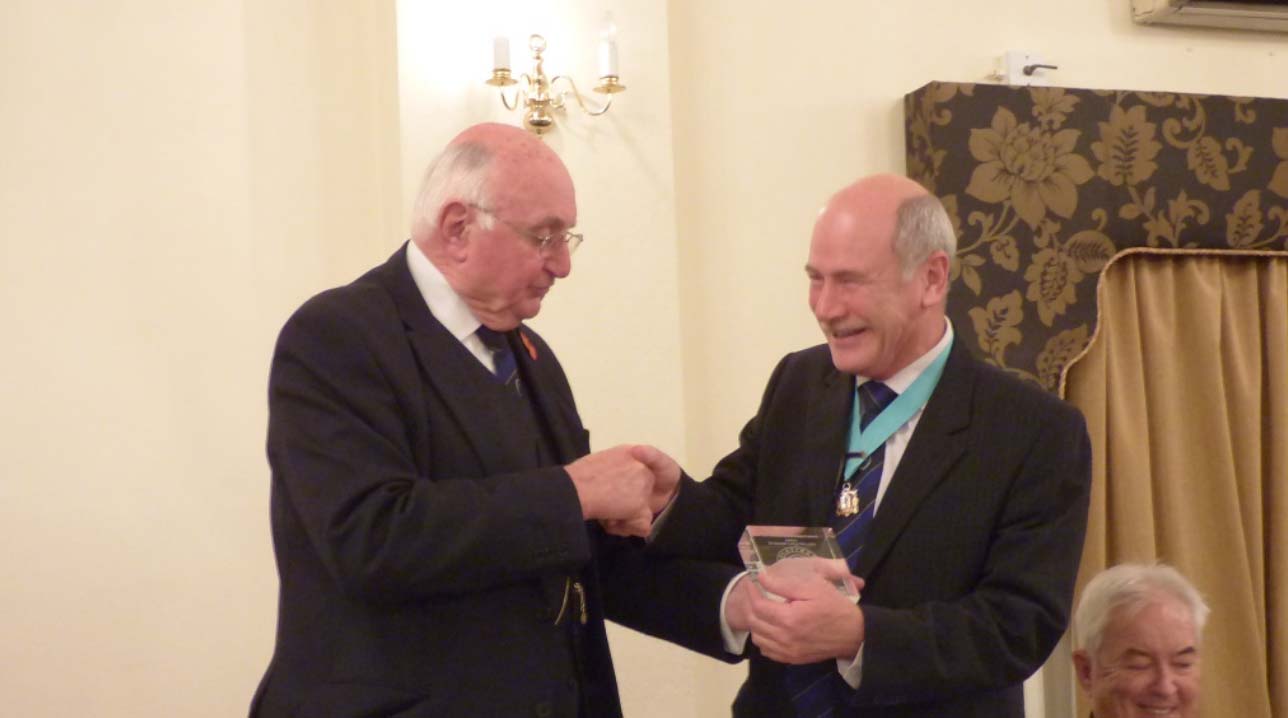 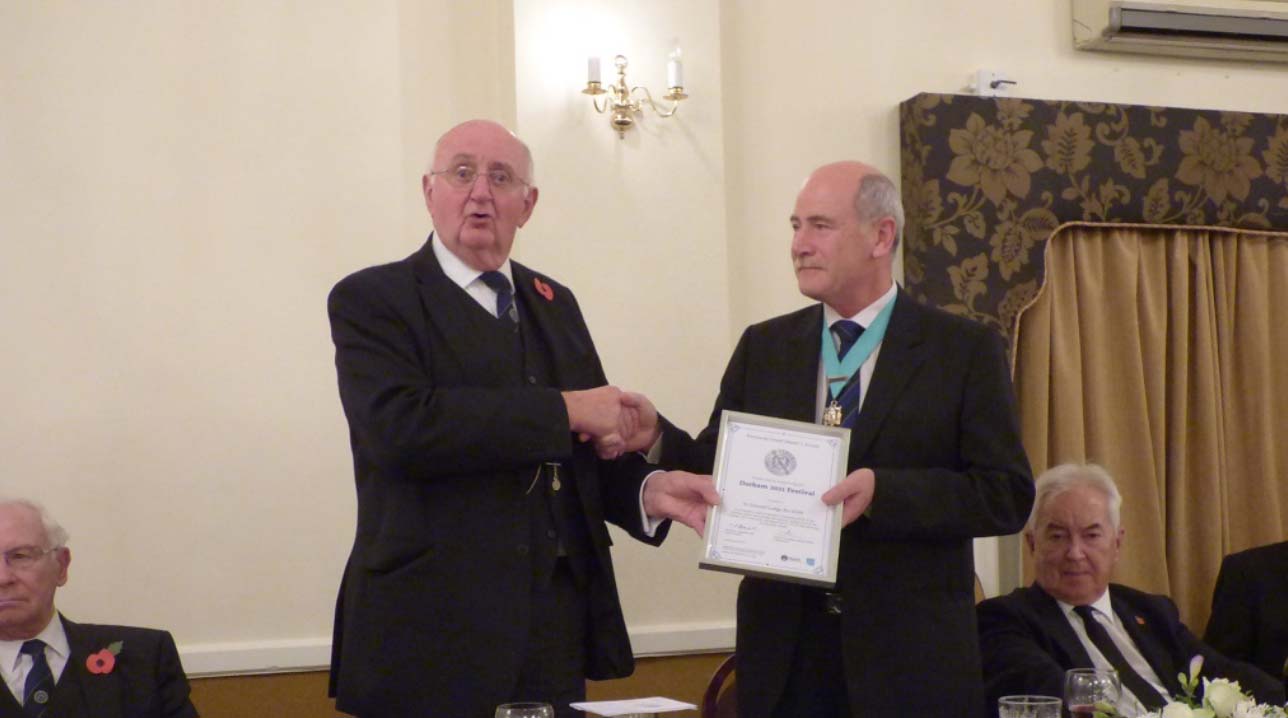 November meeting for St Oswald lodge, who meet in Darlington, was a double celebration. The Provincial Grand Master, Norman Eric Heaviside, was in attendance to represent the Province of Durham and to witness the installation of Donald Bowen (Don). After a well-executed ceremony upstairs which was a testimony to the effort from all those involved, Eric was presented with a cheque for £250 in the second rising from Don on behalf of the lodge towards the 2021 festival. Eric thanked the lodge for the donation and advised the brethren he would say more about it downstairs. At the festive board the brethren enjoyed a delicious meal of pate to start followed by carrot and coriander soup, chicken in mushroom sauce with vegetables, cheesecake, cheese and biscuits, finally followed by coffee and mints for those who could find the room.

Eric responded to his toast and informed the brethren what a lovely night it was and it was a joy for him to represent the Province of Durham and to see the ritual work done extremely well; a fine example of how to do it right. He further advised that he was very surprised to see yet another cheque from the lodge with it doing so well working towards the 2021 festival in terms of money raised already. Eric informed the brethren that since the start of the festival the money raised has averaged £10k per week, which is absolutely brilliant. The Province is almost at £1.7m towards the target of £2.7m and that it’s fantastic to see such sure support, with St Oswald lodge setting such a great example of how to support the festival. Eric pointed out to the brethren that you don’t have to be a big lodge to be successful and advised that St Oswald had raised £33,248 towards the festival already which is nearly double their platinum target which was circa £17k. Eric advised that St Oswald lodge is number one in the Province of Durham in terms of percentage of members committed to continuous giving (60%). Eric presented the 2021 festival platinum award to Don on behalf of the lodge and he confirmed that it was an absolute privilege for him to do so. Eric then invited Duncan Maw, lodge Charity Steward, to join him briefly and went on to present him with the platinum lapel pin for the lodge, thanking Duncan for all of his hard work and dedication as charity steward and money raised. After Eric had sat down Duncan thanked Eric for attending their meeting which gave it “added lustre” with his presence; Duncan presented Eric with a gin and tonic advent calendar as a token of appreciation.