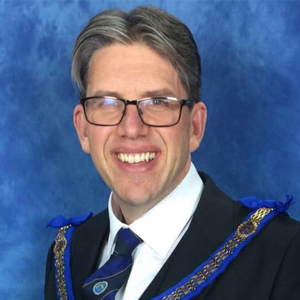 John was born in Billingham; he was educated and has lived all of his life in the Town. He followed members of his family and became a qualified Electrician in 1989. His work took him to all parts of the UK as he worked in the food and confectionary industries.

The opportunity came in 1997 for John along with fellow colleagues to start a new electrical business on Teesside.  The first business Intelect UK Ltd specialised in the food industries, expansion came with the start of further engineering business in 2005, 2008 , 2011 & 2014  The group of companies now offer a full engineering  package and has over 200 employees that work locally, nationally and world wide for many of the top food manufactures.

John has been married to his wife Andrea now for over 25 years and has three children Daniel, Joseph and their daughter Katie. The family have a Static caravan at Ripon which they loved to visit as often as they can.

John’s masonic life started in Dec 1995 when he was initiated in Harte Lodge 4217 in Hartlepool and after following the progression of all the offices he was installed into the Chair of King Solomon in 2004. He received provincial honours in 2011 as PPGReg. He served as The Provincial Junior Grand Warden in 2013 and subsequently promoted to PPSGW in November 2014.

John along with fellow Hartlepool Mason’s organises the very successful annual Hartlepool Masonic Carol Service and has done so since 2012. He was also responsible for the organisation of a five day Masonic Exhibition held in the Hartlepool Central Library in July 2013

John is also a member of Nevill Lodge of Installed Masters which he joined in 2012.

He is also PZ of Harte Chapter, a member of the KT at The Ashbrooke Preceptory in Middlesbrough as well as The Court of Dearthington in The Order of Athelstan

John has a very busy life being a Director of five companies and father of three but in his owns words “Masonry is very enjoyable part of my life and I’m very excited to be serving the Province as The Festival Director for our 2021 Festival.

Meet the rest of the Festival Committee 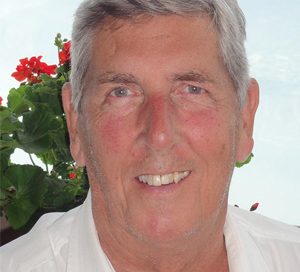