Nigel Foster was born in Darlington in 1955 and was educated at the Royal Masonic School in Bushey.

Nigel, a Lewis, was initiated into his late father’s lodge The St Cuthbert’s Lodge No. 3417 in Darlington by his brother Andrew in 1994. He became Master in 2005 and is currently lodge Treasurer. He joined Old Barnardian Lodge No. 9358 in 2003 and was Master in 2010. He is also a member of Nevill Lodge of Installed Masters No. 9441.

In Royal Arch Masonry Nigel was exalted into Chapter of Vigilance No 111 in 1999, serving as MEZ in 2010. He is also a member of Nevill Chapter of Installed First Principals No 9441.

Nigel was installed into the St Cuthbert’s Preceptory No 139 in 2012 where he is currently Banner Bearer. He was admitted into The Holy Royal Arch Knight Templar Priests Cleveland Tabernacle No 53 in 2014 and is currently Keeper of the Inner Porch. 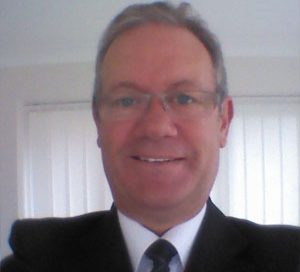